Show all categories Sebastian Herkner Back 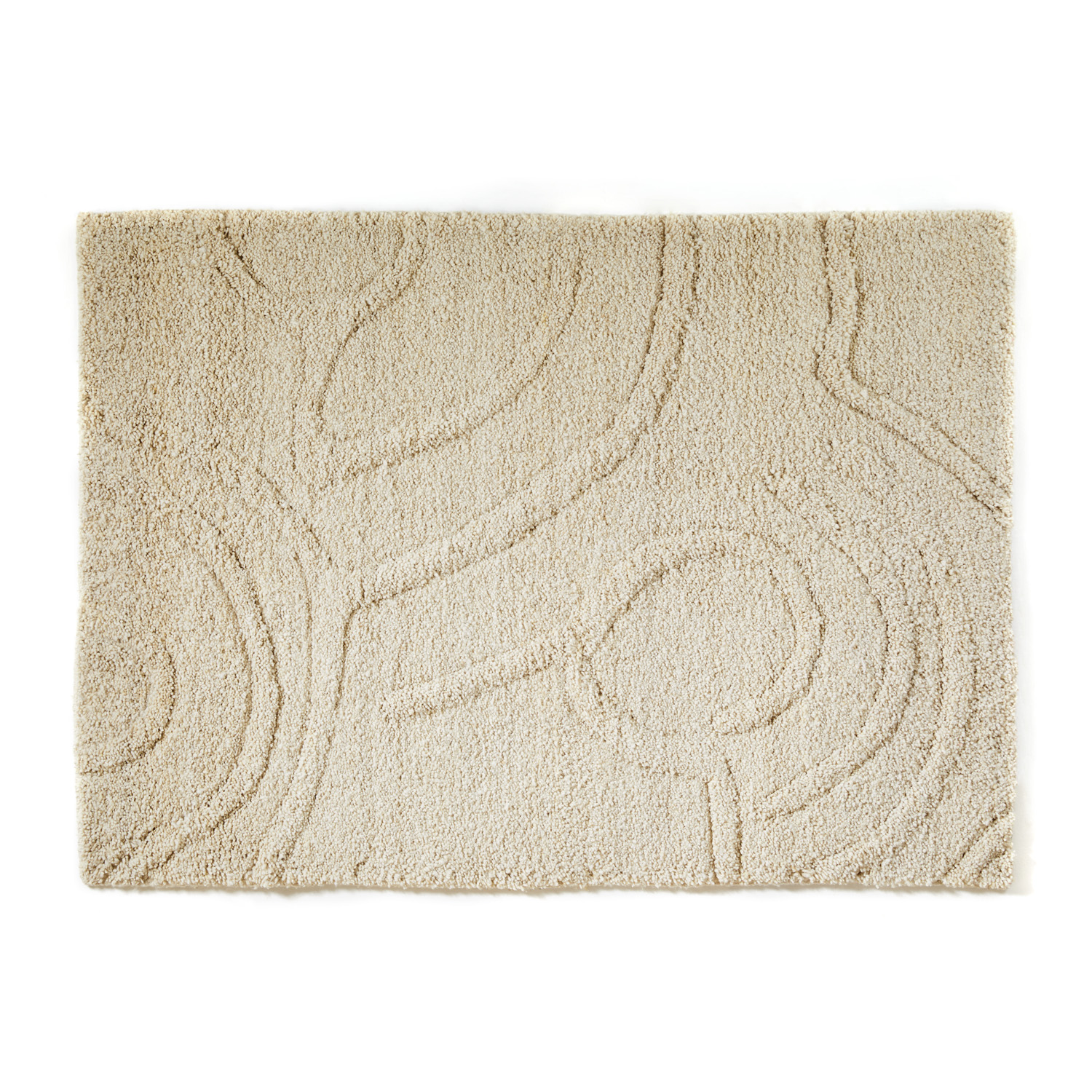 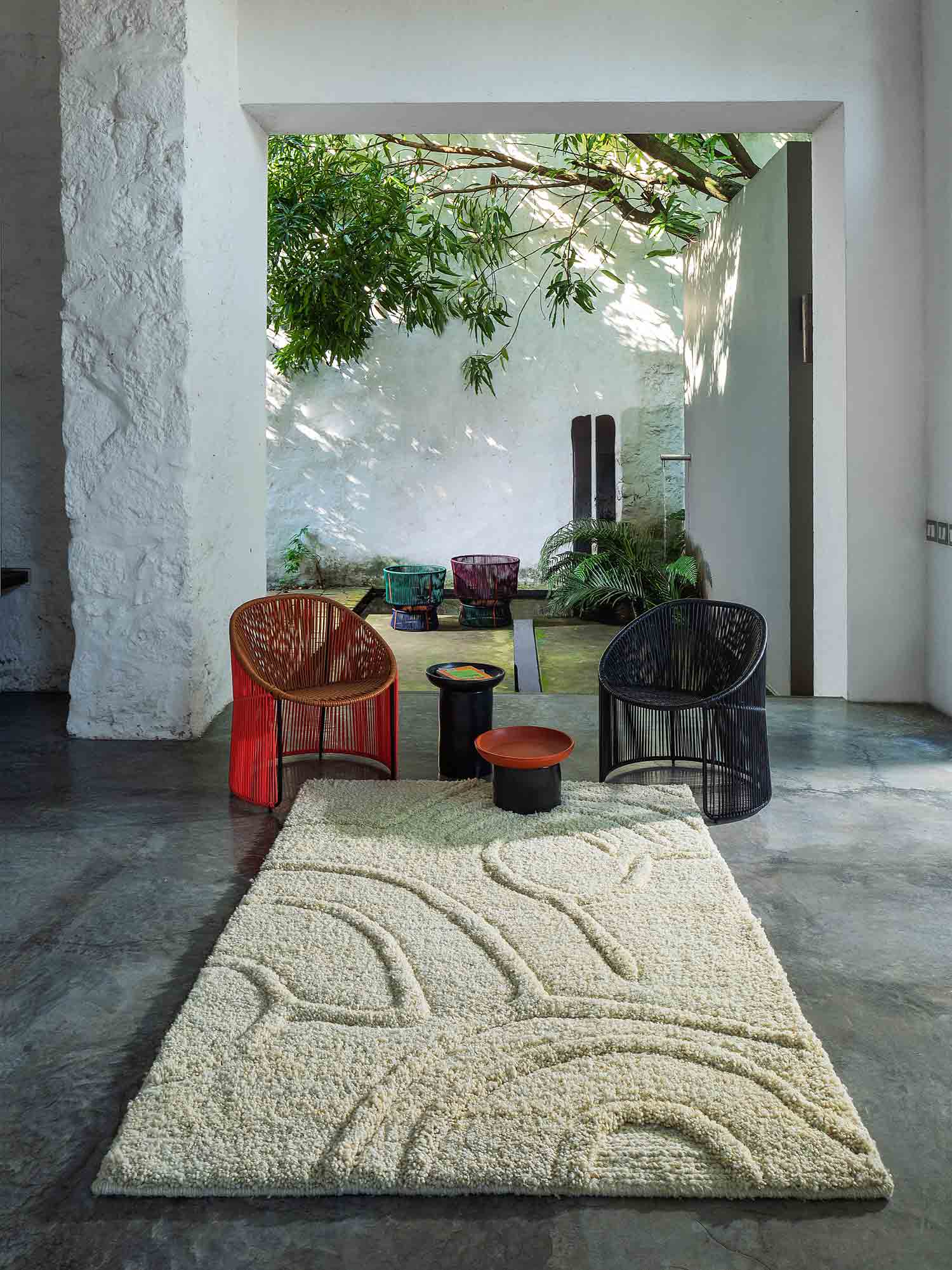 Product Sheet Download
The striking Zenues rug, a design by Sebastian Herkner, is inspired by old Colombian civilisations. When visiting the jewellery museum in Bogota, the designer discovered the gold works by the Zenu culture, which are decorated with so-called Narigeura symbols. These peoples lived in the Caribbean plains, through which the three large rivers Magdalena, Cauca and San Jorge flow. Routinely they’d flood the fields so the Zenúes built a vast system of channels covering more than 500,000 hectares, controlling the flow of the water, so that people and harvest would be protected. These landscapes inspired first the goldsmiths of the Zenúes – and now Sebastian Herkner. “These graphic objects have intrigued me for quite a while. Their symbolism is so narrative and expressive”, says the designer. The result: a subtle, yet striking, wool rug with various pile depths in a gentle crème white
Each rug is woven with natural virgin wool on traditional looms in ateliers in the Colombian Andes. The ‘channels’ of the monochrome rugs are shaven by hand into the pile and it takes the craftspeople four weeks to complete one rug
German designer Sebastian Herkner is a long-term collaborator of ames and has visited Colombia multiple times to experience the country’s cities, nature and people first hand. He also visited many of the ateliers that ames has partnered with to learn about the unique traditional crafts of Colombia's regions. A sought-after contemporary designer and recipient of many industry awards, he has worked with many international design brands, creating intriguing pieces that showcase his intuition for interesting material, colour and texture combinations

Click on one of our representatives below to chat via WhatsApp or email us at shop@amesliving.de